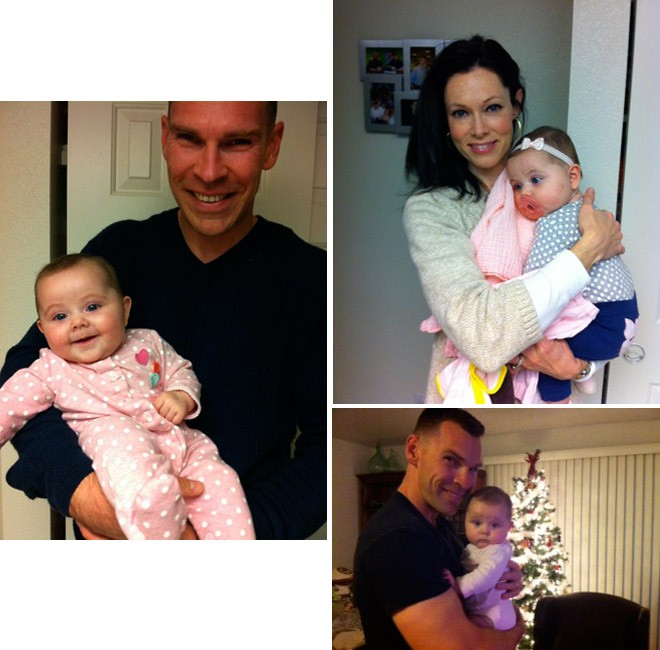 We are so thankful for all of our wonderful birthmothers here at Everlasting Adoptions. One of our birthmothers, Lila, was kind enough to share her experience with the Everlasting community. Thank you, Lila, for opening up to us. We respect your strength!

“I have always wanted to give someone the gift of life, but never knew if I could actually go through with it. I have 3 children already, and I unexpectedly got pregnant again.

When I found out, there was no emotional attachment between myself and the baby, and I didn’t feel like she was mine, unlike my other children. So, I knew she was “sent for someone else.” I began the search, and, at first, I went through a different agency before I found Everlasting Adoptions. I went through over 100 profiles of families who wanted another child or even just one child. None of them were “good enough” for this precious gift of life; none of them called out my attention.

I was talking to my cousin (who had also felt the same way about her last child), and told her that I was starting to give up. She told me about Everlasting Adoptions, so I contacted them. I got my first package of profiles. I went through the first package and saw one couple that caught my attention. But, I set it aside and then asked for more profiles.

Ceal, my adoption counselor at Everlasting Adoptions, sent me at least 4 packages of profiles, and by the time I was done reviewing them, I had gone through 40 profiles.

Then, shockingly, out of the blue, I realized the same couple I had set aside from the first packet, was also included in another packet that came to me. I only wanted to look at families that had no children, so Ceal sent them to me again since they had no children. I saw this is a “sign” to me, and then, when I reviewed their profile again, I had a strong feeling that THEY WERE MEANT TO BE THE ONES! It was then, that I quickly sent a text to Ceal and found out they had just been through a bad situation with another birthmother. Ceal asked them if they were ready to try again. They said YES! Ceal gave them my number and we started talking. I sent pictures of my baby bump and, of course, my ultrasound pictures. They loved her instantly, but were still a little hesitant thinking this might turn out to be another bad situation for them. But, we still continued to keep in touch with one another and develop a relationship.

When the due date came closer, and I only had one week to go, they came to my town to meet me. It was great. We hung out and got to know each other better. Meeting each other in person was the best thing we could have ever done! Surprisingly, my due date came and went, so my doctor scheduled a non-stress test and an ultrasound. Megan, the adoptive mom, got to go with me to my ultrasound and non-stress test and feel baby Allyson for the first time. She looked terrified, but yet so excited. The honest look on her face gave me the confidence I needed to proceed with the adoption. Since I was not going into labor as soon as everyone thought I would, the day came that Kenton, the adoptive father, was notified he had to leave to go back to work in a few days. He was getting sad because he wanted to see his baby girl sooner than later. But, night time came, and I started having contractions. So, I went to the hospital, and they said I wasn’t having enough contractions in one hour to indicate that I was actually in labor, so I went home. Two hours later, I was back in the hospital! The contractions got worse, and they admitted me into the hospital at 10pm. I called Megan and Kenton and said it was time. They came in the room and hung out for awhile until the contractions were too much for me to bare. It was almost time!! They both went out in the waiting room. Then, I sent my Mom out to get Megan. She was so nervous and didn’t know how to help, but I wanted her to see the baby being born. I didn’t have her until 2:16am, with Megan in the room, cheering me on. She, for the first time, got to see and feel the love and pain that brings life into the world first hand. A beautiful miracle was brought into the world just for them.

After the doctor took her and cleaned her up, she screamed, and Kenton was right outside the door instantly. Megan was crying with tears of joy, knowing I had just given the gift of life to them. Kenton saw the baby and held her for the first time. He, too, teared up; she was his miracle!!!

They let me see her and hold her. I even got to teach them a few things—“tricks of the trade” so to speak. They are great people and definitely the BEST parents for Allyson. To me, they are amazing! Honestly, I couldn’t find two people like this in over a million people! They deserved to have her. We took pictures and said our goodbyes after those two days we all spent together in the hospital.

After I left, I kinda felt like something was missing and sad, but I knew she “wasn’t” mine after the second day of being home. I broke down and cried, not for her, but for me. She was given the best parents any child could ask for, and I was able to do that for her. After that day, I now “BRAG” about how great Everlasting Adoptions was in helping me find those perfect parents. I know there will be those women out there reading this thinking it’s not possible, but it most definitely is. Choosing adoption for Allyson was worth every last minute for me. I get to see pictures all the time, and I get constant updates even more than I have asked for. For other women out there considering adoption for their baby, please give Everlasting Adoptions a fighting chance to give you those “PERFECT PARENTS!”

Thank you Ceal and Everlasting Adoptions for giving me, My perfect Parents!”