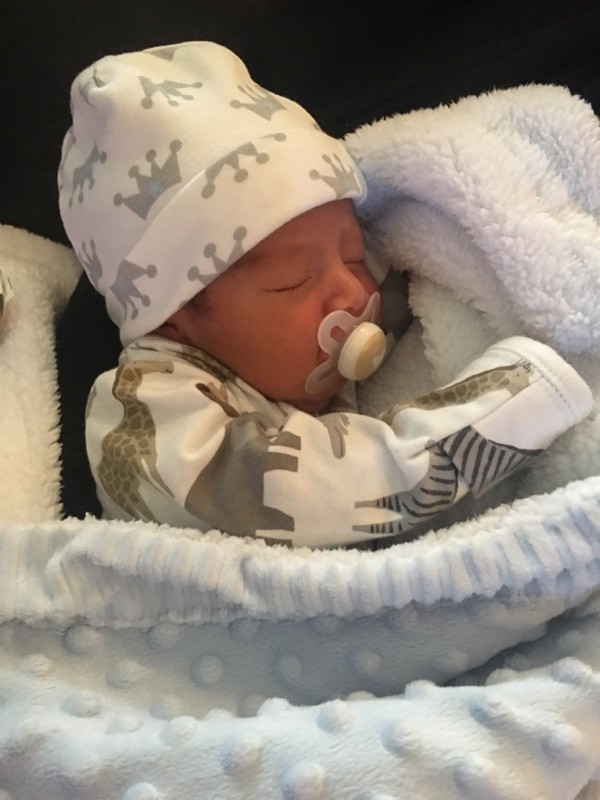 When Jessica and Jonathan got THE call, they had only been with Everlasting for 6 short months. There was a birth mom named Lucia who was interested in getting to know them and from that point on, an extremely unique and special connection began. With both Jessica and Jonathan and their birth mom being just a few hours away from each other and in the same state, they had the extraordinary opportunity to develop a deep relationship with Lucia. Not only were they able to get to know Lucia on so many different levels, they were able to get to know her little boy as well. They enjoyed many outings together. From golfing and swimming to apple picking and magic shows, there was never a lack of laughter and smiles when they were around each other! They of course made sure to gather for meals, eating everyone’s favorite foods! Lucia, Jessica and Jonathan spent so much time also getting to know the precious baby boy that was kicking away in her belly. They even went to ultrasounds together. Boy did they get the surprise of their life when at one ultrasound they were told the baby was a girl and then later found out it was a boy!

This time together allowed them to share so much about their lives and provided love and support that went much farther than their adoption. Knowing that having an open adoption was crucial to Lucia’s adoption plan, being able to spend so much time together allowed them to learn so much about each other and build a strong foundation for their future.

It is not unusual to face some challenges in an adoption plan and this was no exception, but one thing was certain, there was so much love and compassion surrounding this connection. Lucia was induced on August 2nd and just hours after being admitted, around 3pm, she delivered a beautiful baby boy. Briceton Noah weighed 7lbs 2oz and had a head full of gorgeous dark hair! When confronted with the reality that this sweet boy was here, Lucia struggled to say good bye. She had decided that parenting was the right decision and said goodbye to Jonathan and Jessica. Jessica and Jonathan were devastated, but honored Lucia’s change of heart. They were shocked when she called and said she had changed her mind again and would like to place him with them. They were elated and moved forward with their adoption plan full force.

Connections like this are unique and not always does an adoptive family get to know their birth mother so well. We know this was not easy and at some points it felt like things would not ever work out, but the strength of the relationship that was built persevered through it all. We commend Lucia and applaud her strength and courage to make the decision she felt in her heart was right for her son. Jessica and Jonathan never gave up hope even when people told them things might not work out. Miracles happen every day, and Briceton, your momma is right. You are a lot of miracle in such a little boy.