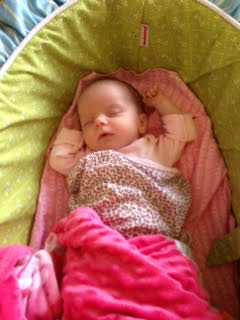 Everlasting Adoptions would like to announce a Christmas Miracle. Congratulations go out to Nicole and Marc and their new baby daughter, Laila Grace Harleigh. Nicole and Marc had almost given up hope. It was their 10th wedding anniversary, and they still did not have a child. But, divine intervention happened once again. A strong, courageous woman who was trying to raise her baby on her own for about one month was struggling terribly. She just could not financially do it. She found Everlasting, reached out to us, and after giving her information on how we could help her, she selected Nicole and Marc! The rest is history! A Christmas Miracle. Nicole and Marc were notified by us about Laila on December 17th, and 3 days later they had temporary custody. By December 30th, their little miracle was officially theirs. Never give up HOPE. Nicole and Marc adopted in 12 months.

We wish ALL of you the best that life can bring, and we want to thank Laila’s birthparents and grandmother, for making the hardest, most difficult decision of their life. There could have been no greater gift than this.