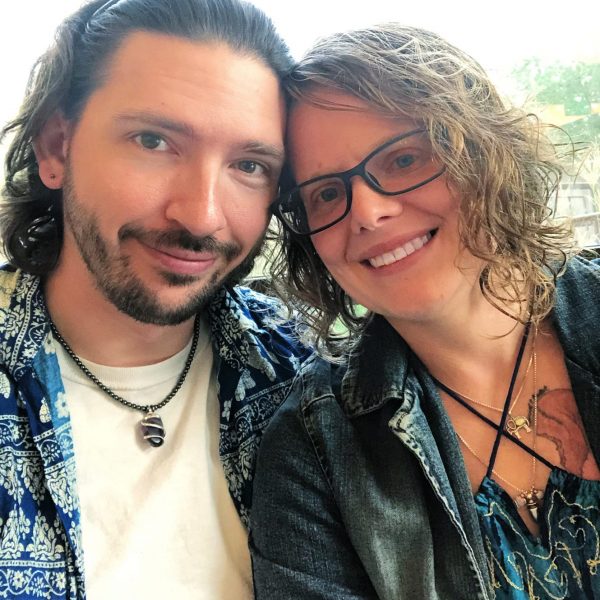 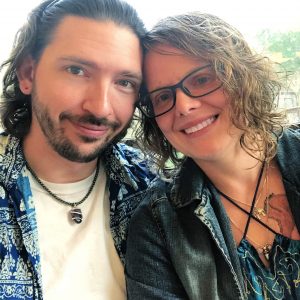 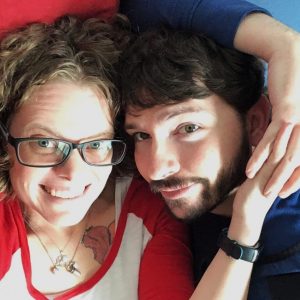 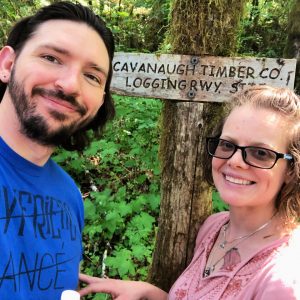 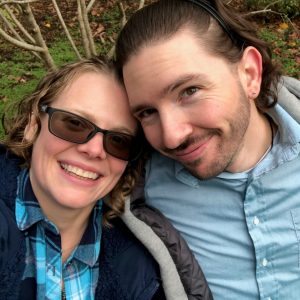 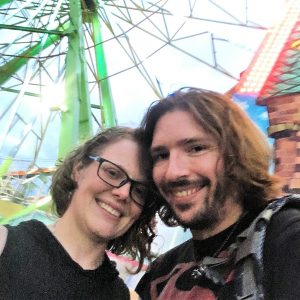 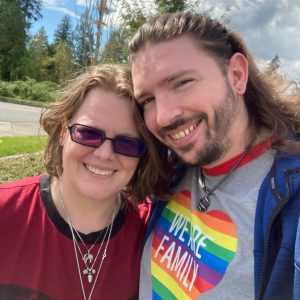 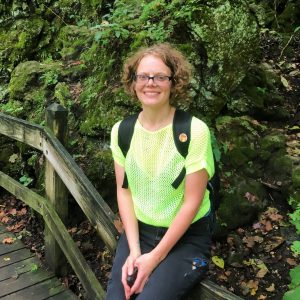 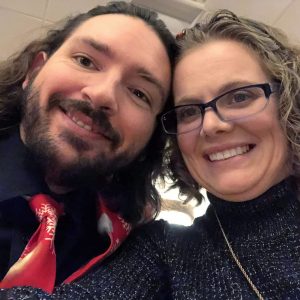 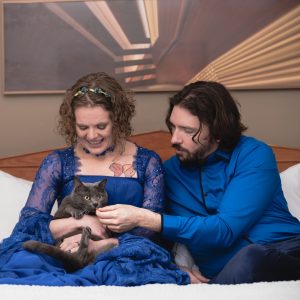 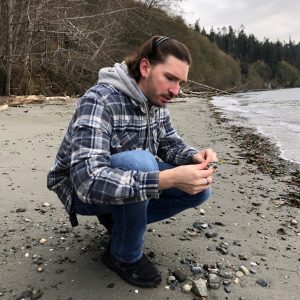 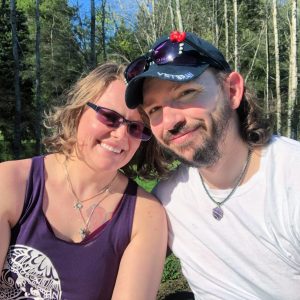 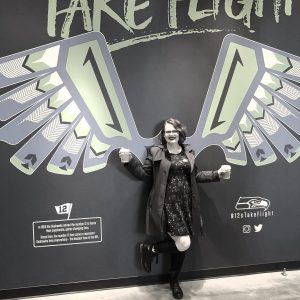 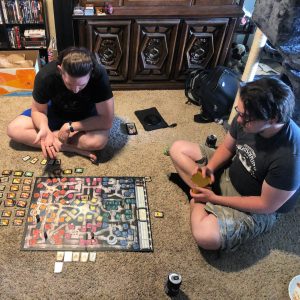 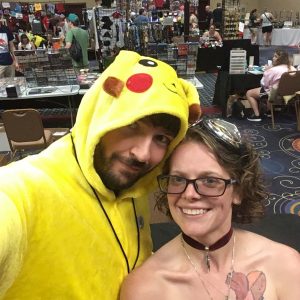 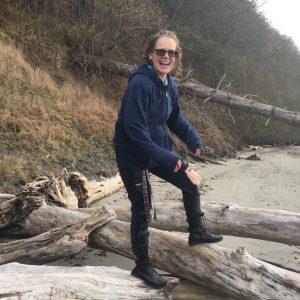 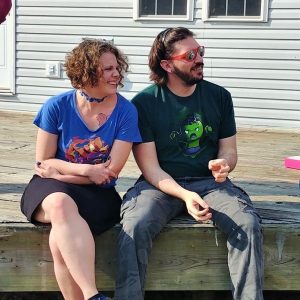 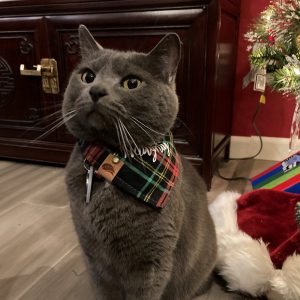 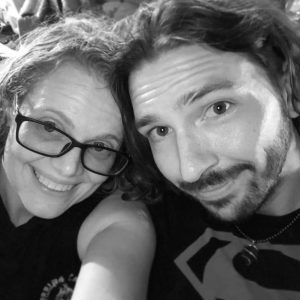 We look forward to sharing the joy of parenthood with you. Our names are Nicole and Christopher, we married in early 2019. Adoption was our first choice when we discussed becoming parents together and we are excited that you have taken the time to consider us.

We met in 2017 working for the same company. The more we got to know each other, the more we were inseparable. We share many hobbies and interests. We greatly enjoy various forms of gaming, including card games and board games. We find these hobbies are a great way to spend time with our families and friends. We both are also avid readers and enjoy crafting. We do get out though, as we also love hiking and going new places. We have one cat. He is a 7 year old grey cat who was rescued from a racoon trap when he was about a year old. His name is Germouser. He is very affectionate and loves his humans dearly.

Nicole originally went to college for photography. She spent many years in food service and retail management before going back to college to build on her previous studies of light, this time photonics. She graduated in 2018 and accepted a position with a laser company as a technician. This position required a move to Washington, where we currently live. She still loves photography and collecting memories.

Chris joined the Air Force right out of high school. During his four-year term of service, he went on two deployments. He was fortunate during those deployments to not have to deal with any traumatic events. He attained the rank of Senior Airman before he received his honorable discharge. He has worked in food service, security and retail. Chris is a student of the University of Washington studying programing. He is set to finish in June 2022 and will be moving into that career field. He loves collecting rocks and crystals, trying to bring one back for every significant memory. When Nicole moved from Missouri to Washington, Chris happily came along.

We moved to our neighborhood near the beginning of Covid, so we have not yet met many of our neighbors. That being said, it's a quiet neighborhood with several children and a community playground. We have a three-bedroom home with a fenced in backyard. The nursery is fully set-up and ready to go for a little boy or girl. The theme is dinosaurs and stars. The room has a large closet and beautiful natural lighting. It includes many books, including multiple bilingual (Spanish/English) and several books from Nicole's own childhood.

Chris's family includes his mother, stepfather, three older brothers, three stepsisters and a stepbrother. He also learned of one half- brother and two half-sisters later in life. He has been raised in a diverse family dynamic, so he is able and willing to accept any new person into his family circle. Chris has become very close with Nicole's father's side of the family.

Nicole has two very different family dynamics. Her father's side of the family is very close and get together as often as possible. Her mother's side is more spread out and rarely gather, but are always there when needed. She has four siblings, one brother, whom she is best friends with, a half-brother and two foster sisters. She is best friends with one of her brothers and very close to her father and paternal grandmother.

Nicole has carried on the holiday tradition of opening stockings on Christmas Eve after having Christmas dinner, and then opening presents on Christmas morning. Birthdays are also very special to us, and we always makes sure to celebrate however we can with whoever's birthday it is.

We care about diversity and the treatment of others. We are LGBTQIA+ allies and enjoy learning about other cultures. Nicole was vice president and co-founder of a diversity club in high school, which was unusual at the time in her small town. We decorate our home with memories. We display photos of loved ones and mementos from important times in our lives.

Nicole has hoped to adopt since childhood and Chris had considered it as well in his younger years. We discussed several options for becoming parents, but kept coming back to adoption as our preferred method of starting our family.

Favorite Movie:
What Dreams May Come

Favorite Movie:
Spider-Man: Into the Spiderverse