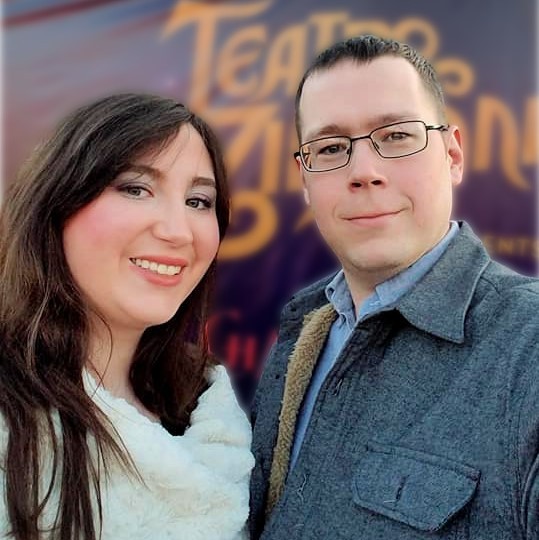 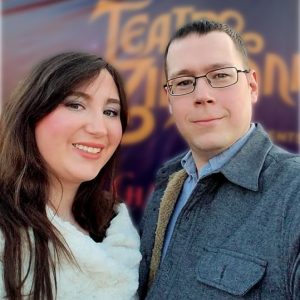 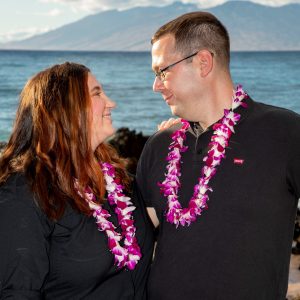 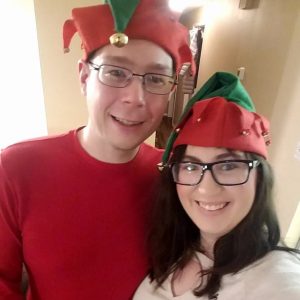 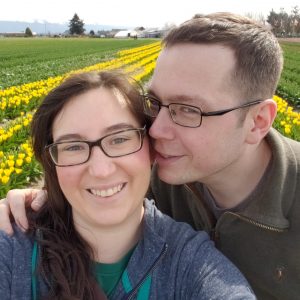 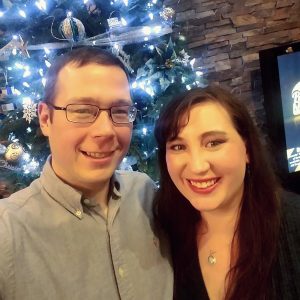 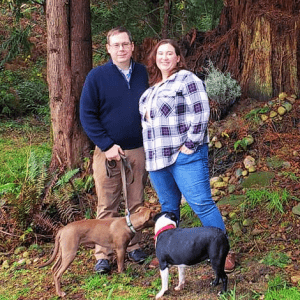 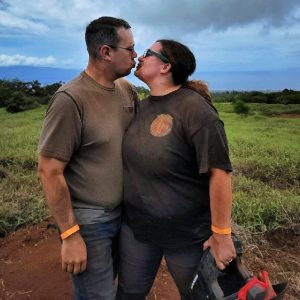 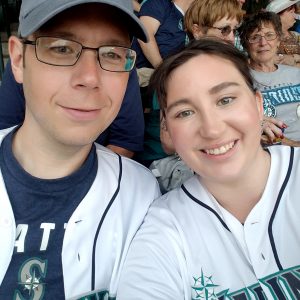 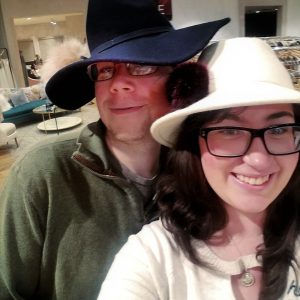 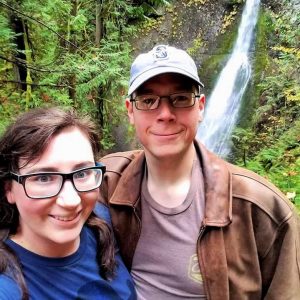 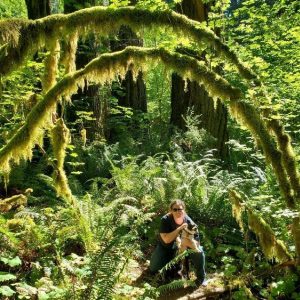 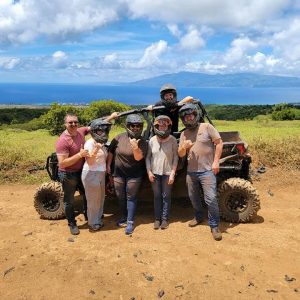 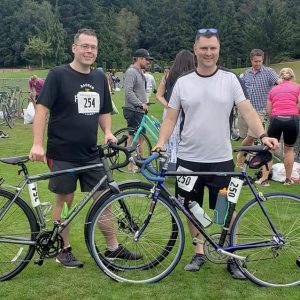 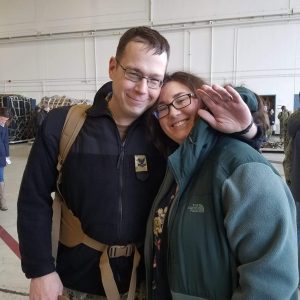 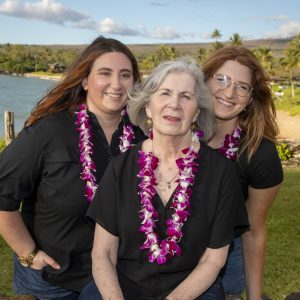 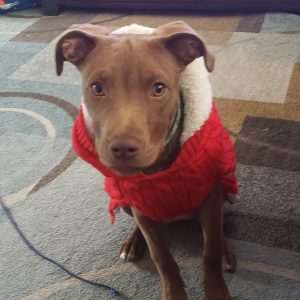 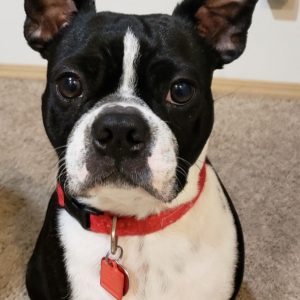 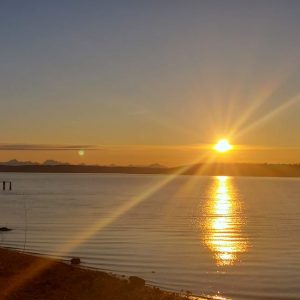 Thank you for taking the time to read our profile and consider our greatest wish; adopting a young child into our family. We have longed for a child since before our marriage. Due to medical reasons, having biological children is not the path available to us. This has not caused our desire to have children to diminish. It has instead provided us with a chance to love and nurture a child that we may not have been lucky enough to have crossed paths with otherwise. We are eager for the opportunity to welcome the newest member of our family into our home.

Michael comes from a military family and has two brothers. His family is all originally from Cincinnati, Ohio. He’s lived all over Florida, Virginia, Mississippi and Washington state. He is glad to have grown up in a military family as it gave him exposure to many different cultures and lifestyles. He is a family first type of guy and loves to spend afternoons with Miranda and their dogs.

Keeping it simple is a core component of who he is. He tries to let a lot of the small things slide and focus on the big picture. He loves to watch TV, play games, go to baseball games, work in his garage, ride his bike and hike. He is a big believer in enjoying life as much as you can and spending it with those you love.

Miranda comes from a military family as well. Her father served in the Navy and her step-dad is currently in the Coast Guard. The moves allowed her to learn about different cultures and explore different areas along the West Coast. She has one younger sister, who she loves dearly. She completed a nursing degree at the local community college in March of 2016. She transferred to Western Governor’s University to obtain a Bachelor of Science of Nursing degree which she completed in August, 2020. She believes that education is important, but college is not for everyone. Some people do better with a trade school or program, and some learn their jobs on the job or join the military.

She has always wanted to be a mom since she can remember. Her family is and will always be her first priority. She often got the nickname of “band mom” in middle school and high school on band trips down to Disneyland. She still plays the clarinet and trombone, badly if you ask her loving husband!

She enjoys the simple things in life such as their two dogs, Joey and Sandy, and spending time with family members that live close by. She also enjoys spending time with friends, who end up becoming more like extended family. She loves watching movies with Mike, curled up on the sofa and having a roaring fire going in the background. She enjoys reading, playing the occasional video game, listening to music, watching the Seattle Seahawks with her step-dad and grandma and attending Seattle Mariners’ games at the stadium. She is also a major dog lover and cannot remember a time when there was not a dog in the house. She grew up mainly with Boston Terriers, but had other terrier breeds, and mutts as well. She believes children need dogs and pets in their lives because they bring so much joy, happiness and unconditional love.

We live in Miranda’s childhood home in a quiet cul-de-sac on Whidbey Island. We have two parks directly behind us that our yard opens up to and we can see from our deck. There is a large waterfront park about a fifteen-minute walk from our house. We are less than a mile away from the elementary school and the high school is about a mile and a half away. Our fenced in backyard has apple trees, pear trees and a Bing cherry tree. Our home is split level with a wood fireplace downstairs and a gas fireplace upstairs. Downstairs is the family den and office area with plenty of room to play. We have one, large sectional sofa that is great for curling up in on nasty, rainy days. We have three bedrooms; one is currently outfitted with bunkbeds and the other bedroom has a single bed for guests – both can easily be converted to a future nursery. We live near a military base which makes the area a cultural melting pot pulling from all walks of life.

Miranda’s grandmother lives close by and we both have a close relationship with her. We see each other at least weekly and love doing dinner and watching sports on TV together. We purchased Miranda’s childhood home from her grandparents, so the memories of growing up remain vivid as new ones begin to form with the next generation.

We have a good grasp of how to stay in touch with distant family. Military life often keeps us apart, but thankfully modern technology, such as Facebook and cell phones, has given us the ability to stay close regardless. Family being from all over gives us outside perspectives on a lot of situations and allows us to adapt to different circumstances.

For Christmas, we decorate our tree and have festive music playing in the background. We hang stockings above our fireplace. The dogs get one as well. Christmas is the one time of year we are able to get together with extended family due to the military keeping us away at times. We plan on continuing the tradition of Elf on a Shelf and having a large Christmas dinner.

During the spring and fall, we love to go to baseball and football games together. Grilling out and watching fireworks is a staple for the 4th of July. Any long holiday weekends we try to get together with family and friends to enjoy food and fun. We like to play board games and yard games, like cornhole.

We’ve always wanted be parents and could not have our own biological children. Miranda had to have a medically necessary hysterectomy.