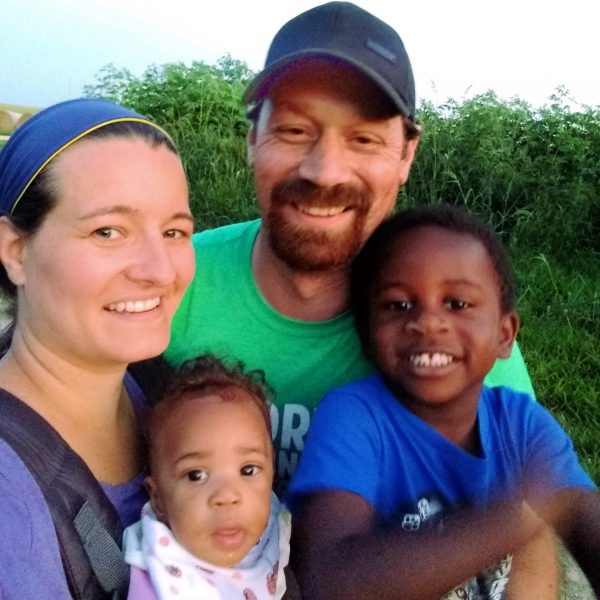 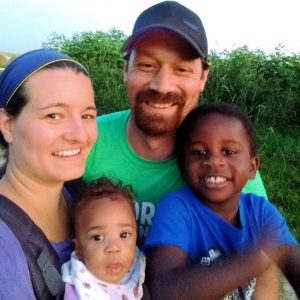 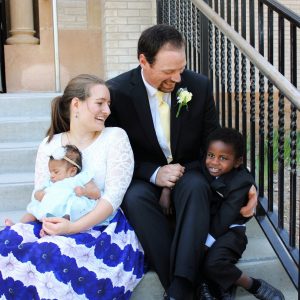 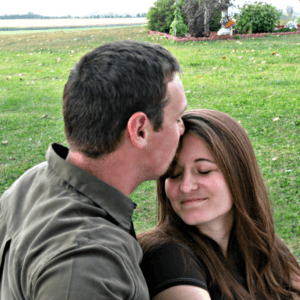 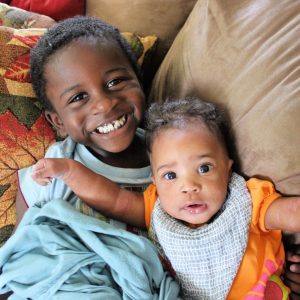 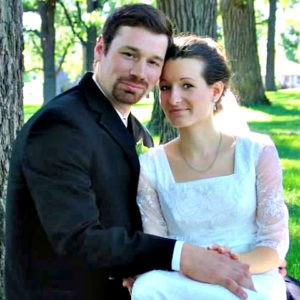 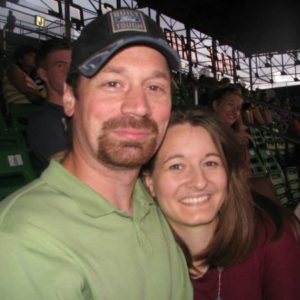 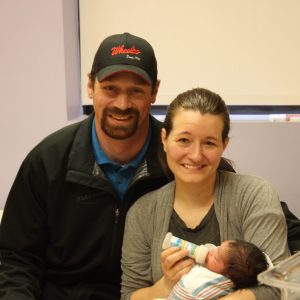 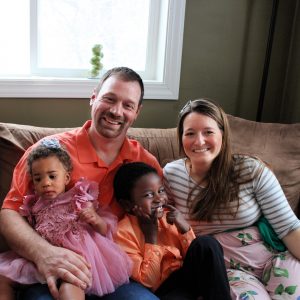 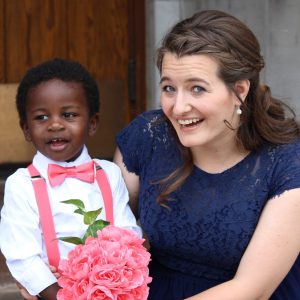 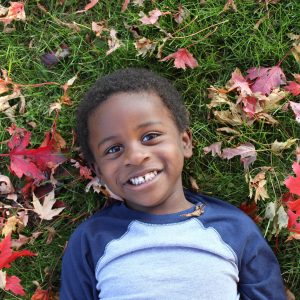 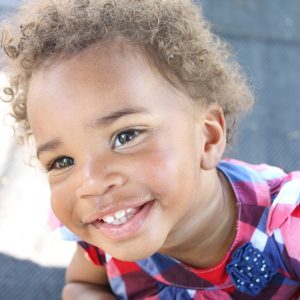 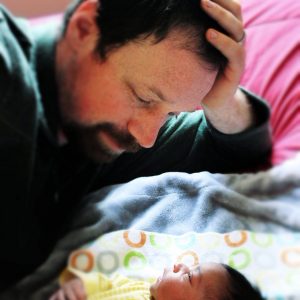 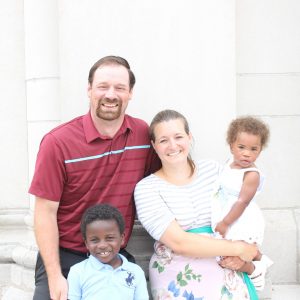 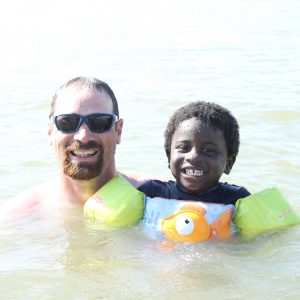 We deeply appreciate you considering us, Stephen and Lindsey, as potential parents and would be overjoyed to love and care for your baby. It is an honor we don't take for granted and a responsibility we do not take lightly. We can only imagine how difficult this time must be for you and hope you are receiving emotional support from those around you. We have been praying for you and your baby since our decision to adopt again.

We have always loved kids and were excited to start a family after our marriage. We have been blessed with two beautiful children through adoption and hope to welcome a new member one more time to our family. We would always have the utmost appreciation for you, the woman who gave to us the amazing gift of parenting and to her child the most precious gift of all, life.

We met through Lindsey’s friend marrying Stephen’s brother, but remained just friends for over two years. And then...we both apparently started to actually notice each other, but were unsure of the other’s feelings. Lindsey realized she was unhappy in her current relationship and broke it off an hour before Stephen called saying he knew she was dating someone already, but hoped if she didn’t “like that guy all that much, maybe you’d go out with me.” That’s Stephen: tenacious, hopeful, polite. Lindsey told him, “You’re in luck. I just became single an hour ago!”

We went on our first date three days later, got engaged three months later, and married 7 months after that in 2009. Stephen is an automotive technician, and Lindsey worked as a grade-school teacher until Jacob arrived. Now she is a grateful stay-at-home mom who volunteers since the pandemic as a part-time tutor to students in need of academic help. We are both Minnesotan born and bred, come from large, supportive families, were homeschooled for portions of our youth (which sure came in handy in 2020!), are both practicing Catholics and both enjoy nature and outdoor activities. While we have many differences as well, we’ve found many of these dissimilarities complement each other. After years of trying to conceive, we realized God was calling us to a different path to becoming parents.

Our oldest child Jacob was born in 2015. We first met him when he was 5 hours old, and fell in love instantly. We met his birth mom twice before he was born, including the ultrasound when we all found out he was a boy together! Jacob has been a very happy, physically healthy little boy who enjoys swimming in our pool, swinging and sliding on the playset, jumping on our trampoline, and sledding down our hill in winter. He loves books, watching cartoons, playing with his cousins, and doing classwork with Lindsey and sports activities like basketball, T-ball, and football with Stephen. He sometimes struggles with communicating because of his autism, and with focusing on tasks because of his ADHD, but this doesn’t affect his normally cheerful disposition.

In 2018, we found out about Emilia’s sudden need for a family when she was 2 days old, left that very day and drove 10 hours overnight to meet with the social worker and attorneys, and were fortunate to be able to meet her birth parents before leaving to go home. Emilia is an energetic, curious little girl who loves playing with Jacob, swimming, lift-the-flap books, and testing her boundaries. We send pictures and updates to both the kids’ birth families, and sometimes they update us on their lives too! We are glad they will have easy access to their birth families and history and hope our new child will have a similar experience.

We try to instill values of faith, family, and treating others as you want to be treated. They pray every night for the “new baby”. Jacob has voted for baby brother, and Emilia says a sister, so either way works!

This last year, we were reminded how lucky we are to have moved to our new home a few years ago. It was a trailer home on a large private property nestled in a hollow surrounded by corn fields, yet only ten minutes from downtown and Jacob’s school. We knew the trailer portion was not tenable long term, so we rebuilt it as a two-story, 3 bedroom house, with the smallest bedroom functioning as the nursery. With a pool, trampoline, patio, firepit and over 5 acres, we had the ability to do a lot with the kids at home.

Jacob loves walking up to the neighbor’s farm to see their goats, chickens and cows. Emilia strictly sticks to the kittens. They both enjoy swimming nearly every summer day and drying off on the swingset, and roasting marshmallows or hot dogs in the firepit from spring until autumn. Jacob especially loves the campfire songs and routinely requests his favorites.

We live in a scenic river town in southern Minnesota, with a diverse population of different racial and ethnic backgrounds. There are 38 community parks, many great hiking trails, rock climbing and the beginning of a 25 mile bike trail. We’re within 15 minutes of all the schools, the library, movie theater, stage theatre and YMCA, and hope to be able to utilize the classes at the latter for the kids for sports, gymnastics or dance, depending on their interests.

We both come from large families and are fortunate to have our parents and (after some members moved back to MN from living out of state and Asia) all our siblings and their families living within a couple hours of visiting. This means we typically alternate spending Sundays at our families’ homes, as well as many birthdays and major holidays. While this past year meant more time at home, we got a weekly zoom meeting together for prayer and singing, and Jacob loved communicating via tv! We are especially close to Stephen’s sister Becca and Lindsey’s sister Aubrey, both of whom are well loved by the kids and enjoy coming over to try new recipes, campfires, or cards.

Lindsey’s favorite holiday is Independence Day and we always have fireworks, balloon fights and tons of yard games! Stephen’s favorite is Thanksgiving, which he claims because it’s the least busy (but is likely because it primarily involves food and football!) We celebrate all the major Christian holidays, as well as some lesser known ones. As a child on St. Nicholas Day, Lindsey’s family put their shoes out the night before and woke to find them filled with chocolate coins and candy canes. On Epiphany, they’d give each other small gifts in memory of the magi. Stephen’s family celebrates an old Germanic tradition of closing off the living room with a curtain the night before Christmas Eve. No one is allowed in the whole day, and then, Christmas Eve night, the whole family goes in together with lit candles while singing hymns. To the kids’ amazement, the room is filled with gifts! Emilia seems to just love blowing out candles, but Jacob loves everything about the pomp and pageantry of the Advent and Christmas holidays.

Stephen's desire to adopt is the same that led him to want to be a father: the desire to have a connection with a son or daughter. He wants to support a child, not just financially, but emotionally to help build their character and provide a good life for them. To be a family with a child who otherwise might not have one without adoption, would be a blessing for him.
Lindsey has been led to adopt by so many things, but primarily because she's always loved kids and wanted to be a mom. Having adopted twice before, she believes adoption is very humbling. She feels the privilege of being chosen to cherish and raise a child, to see them grow into their own person and am grateful for the honor of being a part of that journey.